I woke to the sound of rain, to coolness coming in through the windows.

The strange nauseated vertigo I’ve been contending with is letting up a bit and daycare is back on after a four day hiatus.

The combination of sweltering heat, extended solo child caring, P’s busy farm rushing, and my ensuing inability to get to my own projects, to have a few hours to myself here and there make this whole life seem terribly unsustainable.  I appreciate that the seasons will change; the summer will fade, babyhood will end, autumn will come, school times too, midlife too. But even in the thick of it, the days need to have more joy to them. I can’t always be muddling through. And frankly, without the time to give words to these strands of time–these dilemmas and issues and heart wrenches–it all feels for naught.

What keeps me afloat is knowing that cool weather brings hope; a vigil-solstice gathering with farm friends not too far away can restore weeks’ worth of hurt/isolation in me; planning a trip to see my sister with  my children is starting to feel possible; the colours; the kids and their stories. 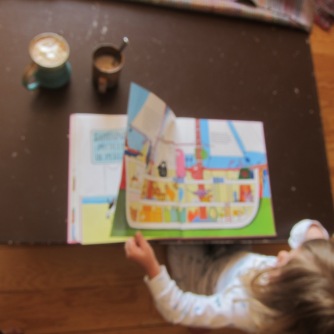 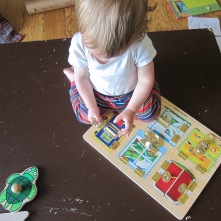 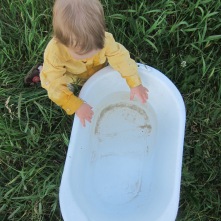 We haven’t been sleeping much. A. is teething and wanting to nurse and be held pretty much most of the time. I’ve been working in the garden with his twenty some pounds of napping self on my back, and doing a lot of tip toeing through the house during the 17 to 23 minutes naps in a desperate quest to preserve my little blurts of time alone.

I’m on the brink.

This cold weather though, is totally gorgeous. Between these feelings of being so raw because of the sleep deprivation and these autumn-like days, I am brought right back to this kid’s littleness. He’ll be a year old in a little over a month.

This is exactly what having autumn newborns was for me.

The heart wrenching warmth and beauty of these babes. The cold winds that made me want to just wrap them to my body, listen to mildly melancholy tunes, and sometimes just cry through the rawness, knowing there’s beauty and solace in it. The indoor time longing for outdoor time. Blessing these big windows, these mountains. 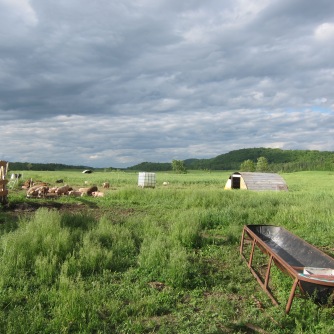 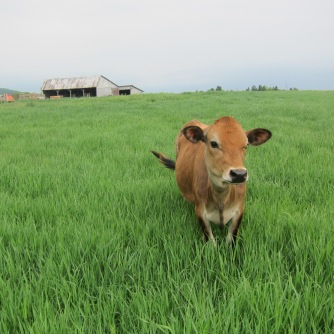 In the midst of this, I’ve been trying to rid the garden of quack grass. An uphill battle.

Between the literal weight of the load and forgetting to add yeast to the loaves, I appreciate that this is life with littles.

And I try to keep my chipper chin up. 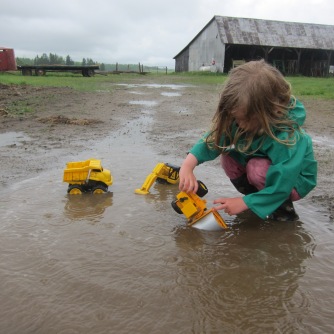 I wish I had taken a picture of P. driving down our lane in the tractor at the crack of dawn this morning. He’s driving our John Deere to Parliament Hill as part of a convoy to protest trade deals that threaten supply management and to protest diafiltered milk entering Canada from the U.S. tariff free.

P. is the son of farm activist parents. He grew up hearing about and seeing farmers drive long hauls in their tractors to fight for their livelihoods and for what they think is right. I’m a real sucker for coming of age narratives and I just love that this is his, in a lot of ways. He was so excited. He took the evening last night to wash the caked-on tractor and dressed in his Sunday best, cap and all.

I know that this tractor convoy demo is to him what attending pro-choice rallies with a uterus full of very wanted baby is to me.  It’s a solid and very visible aligning of life choices and convictions. I fiercely savour those moments as I know he does.

So what’s the big deal with supply management? P. and I belong to both conventional and younger/organic farm/foodie communities and the divide is very real. The most compelling reasons to support supply management to me are threefold : food sovereignty in a globalised, neoliberal world ; the survival of rural Canada ;  and the need for consumer safety.

The people who farm in this country need to be able to make a living if we want a thriving agricultural sector. The incomes of dairy farmers are by far the most stable of farming incomes in this country. The product of their farms sells for a stable price, they are guaranteed through the quota system to be able to sell what they produce, and the Canadian market cannot be flooded with dairy from elsewhere. We are beef farmers. Beef, unlike milk, cheese, eggs and poultry, is not supply managed. That means that some years, we could barely afford to buy yearlings and the cost of meat in stores fluctuates wildly, sometimes because of droughts sometimes at the whim of multinational corporations, who own monstrous feed lots and can choose to sell or not (and can thus force small producers to fold at the drop of a hat).

I appreciate that a supply managed dairy sector keeps out smallholder farms and la relève, which is a problem and totally needs to be addressed. But if you think for a minute that the end of supply management will benefit the small family farm and artisan cheese makers as opposed to the Cargills and Monsantos, I’m afraid you’re in for a sad surprise.

I read a compelling argument when we had first made the move to rural living that supply management, by making an important agricultural sector so stable, ensured the survival of rural Canada. Despite the droughts, the floods, the boom and bust cycles, having folks in the community–making a living in the community and patronizing businesses in the community–made it so rural resilience was built in. Towns where fewer supply managed goods were produced have been towns where hardware stores, groceries stores, post offices have closed in harder times. I’m still trying to wrap my head around the issue of la fin des régions (‘the death of regions’ – the mass exodus of rural peoples towards cities), but having spent the past two years in a region where, historically there have been many dairy farms, and where there are now fewer and fewer, the signs of soul searching are very real.

Finally, I’m a big proponent of setting national standards and guidelines for foods. I love buying local, supporting family farms, and bartering more than the average person. I appreciate people’s desire to have access to raw milk, to produce artisan cheeses, to raise a mid-size flock of laying hens. But I also want to be able to buy ice cream in regular stores and ice cream parlours knowing that it isn’t chock-full of bovine growth hormones. And I want everyone to be protected from these poisoned foodstuffs, not just those of us who know (how) to read between the lines in the fine print ingredient lists. In the name of accountability, having a national/provincial/regional body to turn to to advocate for food safety, is key otherwise we’re at the mercy of industry and their ‘voluntary measures’ (which can be taken just about as seriously as corporate social responsibility, which is to say, not very).

The National Farmers Union, an organization of farmfolk who’ve been thinking about this issue for way longer than I have, just put out an extensive brief on the topic. Definitely worth a read.

In the meantime, here’s to a hearty dose of cross-sector solidarity. And to P.’s very first big Parliament Hill tractor protest.