The grass is growing. The pastures we left to rest last year are coming alive. After going to a conference on mob grazing last summer, P. opted to ask the seed salespeople if they’d take our order back and proposed that we instead leave the pastures be for a season and start mob grazing and winter bale grazing there. The results have been solid (and affordable to boot). 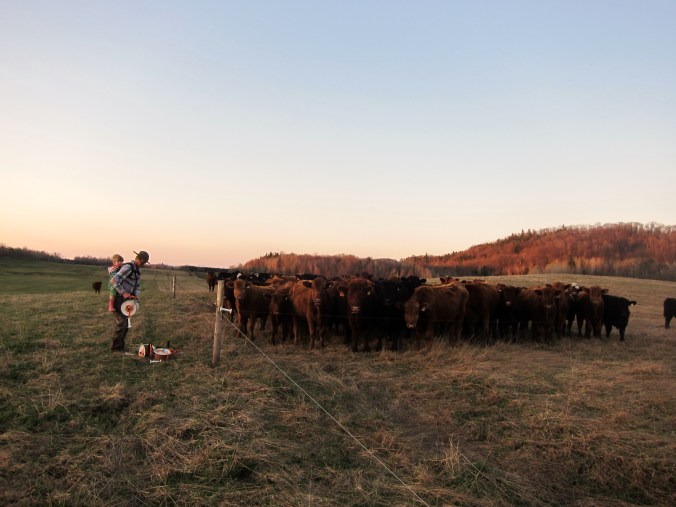 Our tractor broke down early May. Instead of trying to borrow a tractor to feed the herd (hay), the team started the rotations. The animals were more than happy to start grazing. The 140+ strong herd rotates through 350+ acres, which includes crossing the highway.

Despite being stressful, and despite a small handful of calves (who can easily walk under the temporary fences put up to keep them to a narrow path over the culverts) and the sheer size of the herd, these moves have gone well. 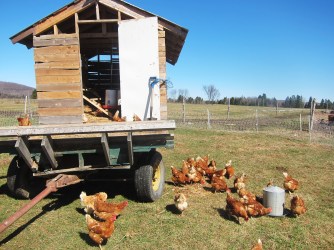 The hens are now also happily back on pasture and their eggs’ yolks have already turned a deeper yellow. 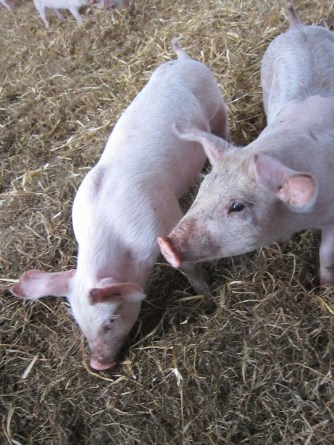 Sixty piglets have joined us. They’re being fed soaked organic pig feed, mixed in tubs, until we sort out our cheese whey situation.  For the time being, they’re hanging out in a cathedral-sized barn space. Once the pasture rotations and fencing are planned and built, and once the piglets are fence trained, they’ll be brought out of doors.

It’s been a bit of a shock to the system to hit the ground running (as springtime farming requires), but our bodies had craved the warmth, the crispness, the movement. 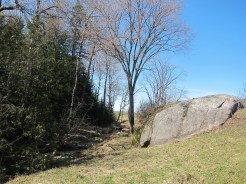 We’ve also been blessed to have friends come spend time with us. Seeing our rolling hills, our herds and our days through their (urban) eyes is always a solid reminder (of the beauty, the luck, the opportunity). And knowing that our community is more vast than these acres and acres of pasture grounds me to no end. 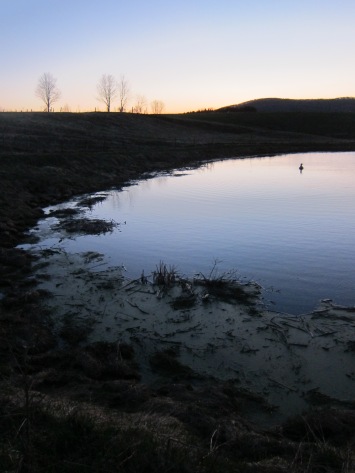 On the construction front, I’ve been flabbergasted by the amount of waste, the sheer volume of garbage that’s created during home renovations. Sorting through it to recycle and keep as much as we can from the landfill has been a depressing task. Luckily our co-farmer friends at Rooted Oak Farm have been getting their gardens ready, and the juxtaposition of garbage to future beds of luscious organic vegetables has tipped the hope scale. 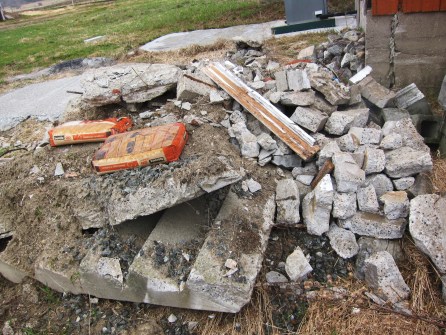 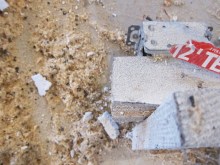 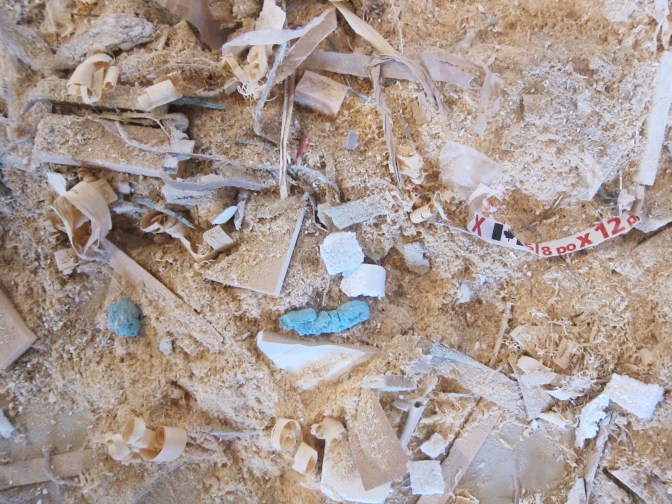 And since good friends were coming our way, the impetus to get it done was real. Having a warm, dry, welcoming living space has been a good culmination of a long autumn and winter of construction. 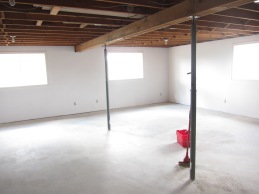 The yard space is still quite unfinished but the kids are making the most of it–appreciating that it’s all one big sandbox, and that some of the rubbish is actually quite good for making small catapults and starting collections. 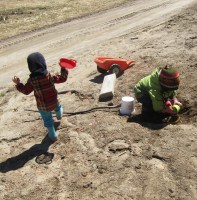 Finally, the four (sterilised!) cats are doing well and have decided to stay put and be our barn cats. They don’t all show up every day, but they’re around and might one day be pettable. 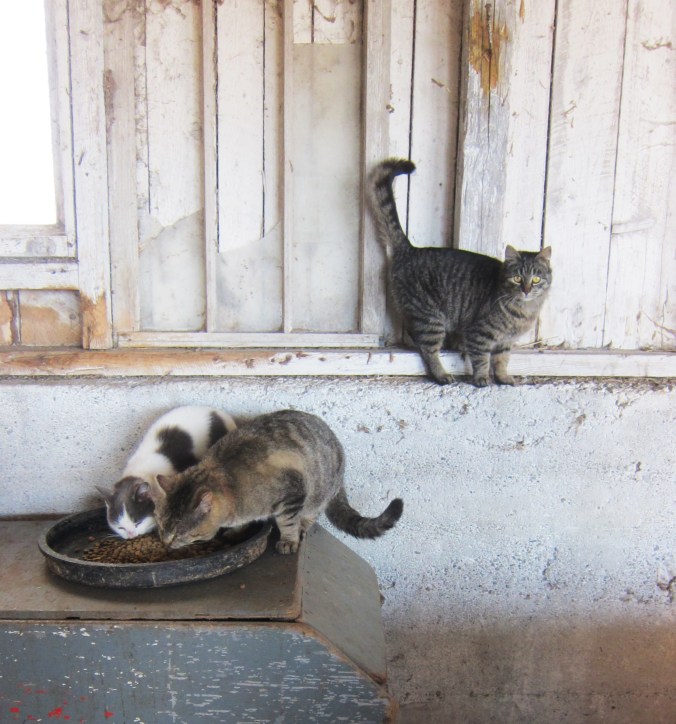